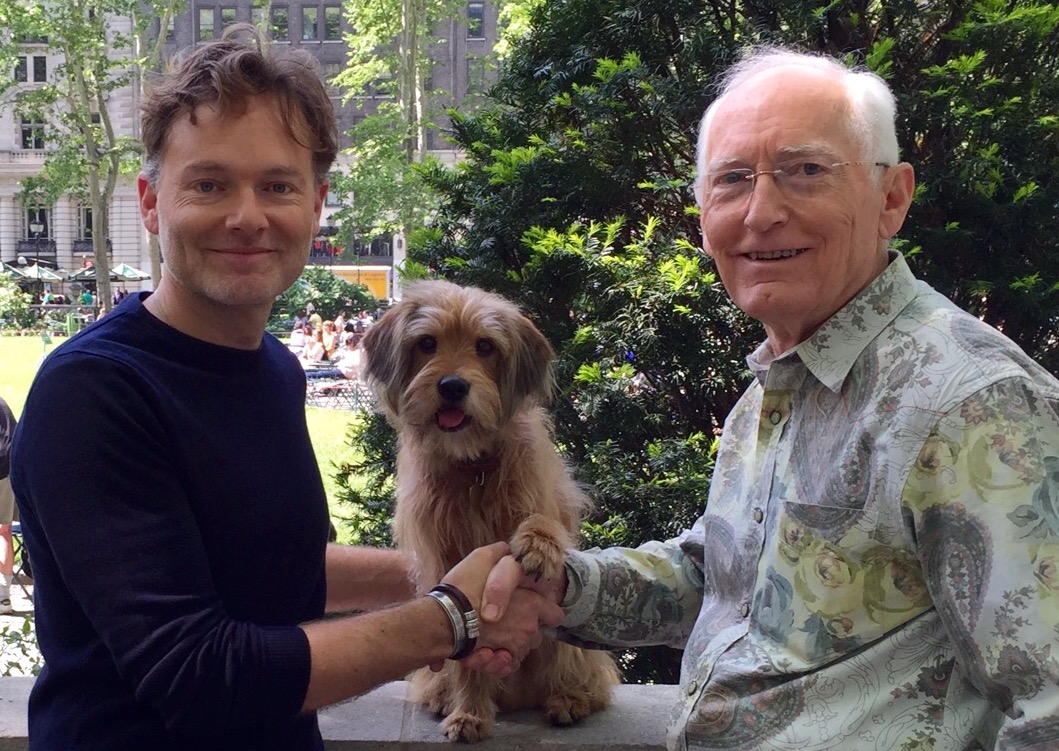 “Netflix is hoping to learn some new tricks from an old dog,” reported the Los Angeles Times on Saturday.

“The streaming video behemoth has acquired the rights to a new 2018 version of the classic family film Benji, featuring the canine character that became an unlikely box-office sensation in the 1970s and ’80s. After this film premiers in March the company has the option to partner on sequels or a TV series, furthering its venture into family programming.”

Brandon Camp, the youngest son of Benji creator Joe Camp, said, “Netflix is the ideal alternative for families who want to watch engaging, inspiring films with their kids, and kids who want to watch them over and over.” The younger Camp wrote and directed the new Benji film, number six for the floppy-eared star.

“If you are an owner of family-oriented premium content that has any kind of brand or franchise value, you are in a great position right now,” said Peter Csathy, chairman of the tech advisory firm Creatv Media. “The war is on and it’s all about amassing the largest army of compelling franchises that you can.”

“Benji’s journey into streaming offers a lesson in deal making in the Netflix era,” the Times article continued.

“In our release of the original Benji adult ticket sales out-numbered kid tickets by a figure of 2:1,” Joe Camp added. “Benji’s movies are truly enjoyed by all ages, but in Los Angeles today it can cost as much as $125 for a family of five to go to the movies. We believe that family streaming is the future and we’re very proud that Netflix has chosen Benji to lead this charge.”

What Christmas Means to Us

Here’s what Christmas is all about for us.
The Man, his story, and the song. 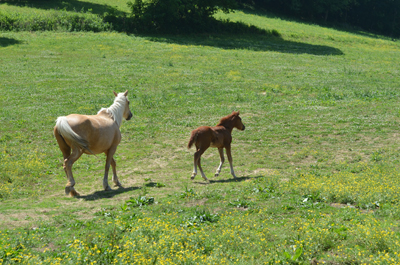 Look at all that space Mommy!

Stormy was coming up on seven weeks old and had never been out of her paddock and the adjacent paddock. We figured it was time. So we locked the herd in the eastern pasture, opened the gate from Mustang Paddock to the western pasture, and END_OF_DOCUMENT_TOKEN_TO_BE_REPLACED 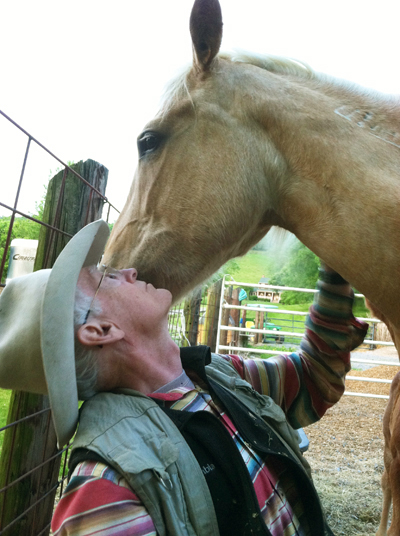 Barely a month ago we adopted a pregnant mustang from the BLM facility in southern Mississippi. At that time she had never been handled or even touched willingly by any human. Her seven-hour trailer ride home turned into nine, delayed by two wrecks on the freeway. She was covered in stressful sweat and not a happy camper. But still, less than an hour after arriving home, she took a bit of forage from my bare hand.

This was clearly an unusual mustang. END_OF_DOCUMENT_TOKEN_TO_BE_REPLACED 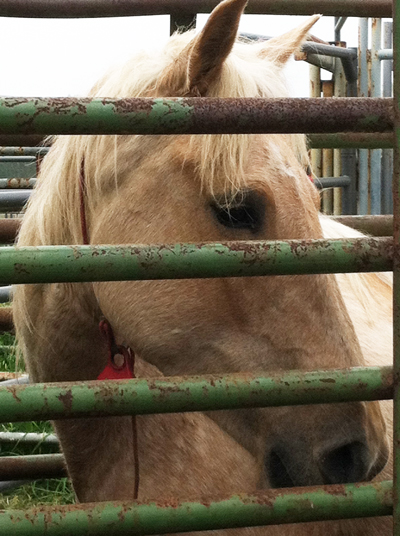 March 3rd marked three years since Malachi was born (see the blog). And June 3rd will mark the third year since his sudden and shattering death. We felt as if our hearts had been ripped right out of our bodies. It was a terrible time. So how did we know the time was right to have another go? That God was saying, “Now!” END_OF_DOCUMENT_TOKEN_TO_BE_REPLACED

Okay I Give Up. Kindle Has Won Me Over. 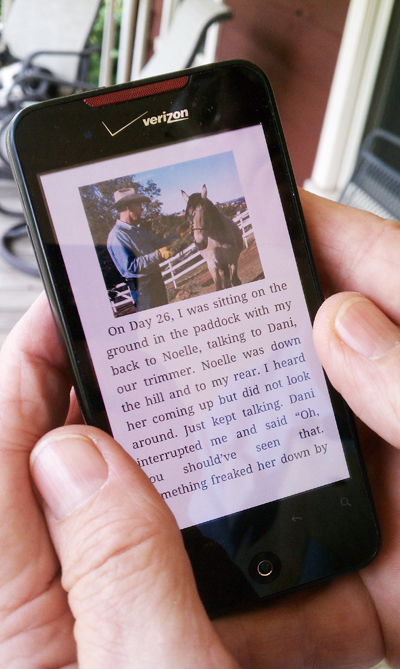 Amazon announced last week that Kindle Books are now outselling all of their print books – paperback and hard back – combined!

Wow. It happened so fast.

I finally broke down and ordered my first non-fiction book on Kindle… and it took me almost a full hour to throw off the shackles of the printed page and become a huge fan. Why? Because I can END_OF_DOCUMENT_TOKEN_TO_BE_REPLACED