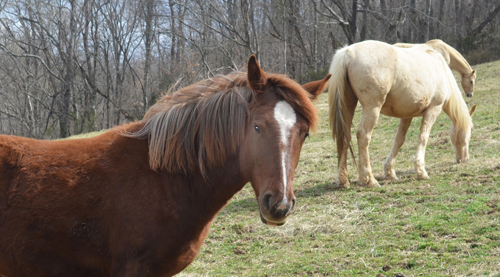 It seems impossible that the photo below was taken a year ago today. Kathleen had just driven by an hour before on her way to work and there was no baby. An hour later when I came down to feed there she was. And it seems like only yesterday. 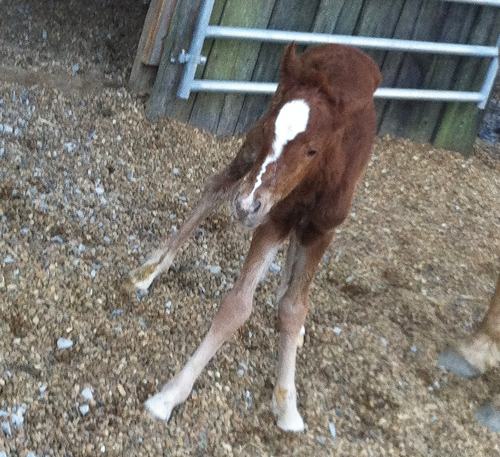 I texted the above photo to Kathleen and she pretty much astounded the eleventh grade literature class she was teaching by screeching, “We have a baby!!” Over the course of the day she brought four out of five of her classes out to see Miss Stormy. Meanwhile I was letting no grass… err, hay… grow under my feet. Our new little mustang who was conceived in the wild and I began immediately to imprint one another. 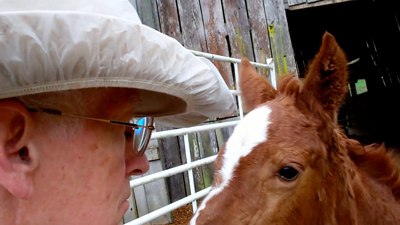 This was our first contact. Self-taken with my iPhone held over my own shoulder. Her mama, Saffron, a mustang fresh from the wild, had only been “home” for three days and was as yet untouched, but thankfully her trust was already building and she had no serious objection. According to the BLM this little filly was not supposed to arrive for another two months. Saffron would munch Safe Starch forage from a tub nestled between my feet and paid very little attention to me giving Stormy a good rub-and-scratch down. Fingers in her ears, and mouth, down her legs, tail and butt. Even got a tiny lick on my ear the second morning. But, all of it had to be done sitting on that hay bale. It was mama’s safe spot. As long as I didn’t leave the bale she would let me do just about anything baby would put up with. All while she was giving every other horse in the herd a big what for any time they attempted to poke their heads across the fence. I hope you enjoy the following year of photos even a fraction as much as we enjoyed living them. Thank you Kathleen – again – for the record. 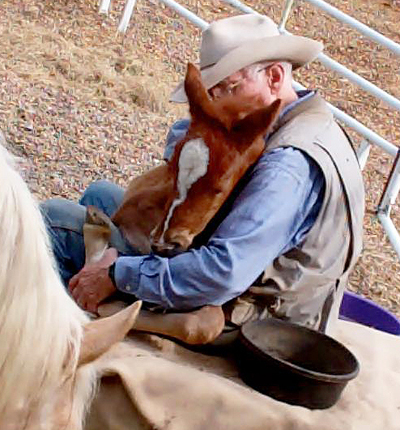 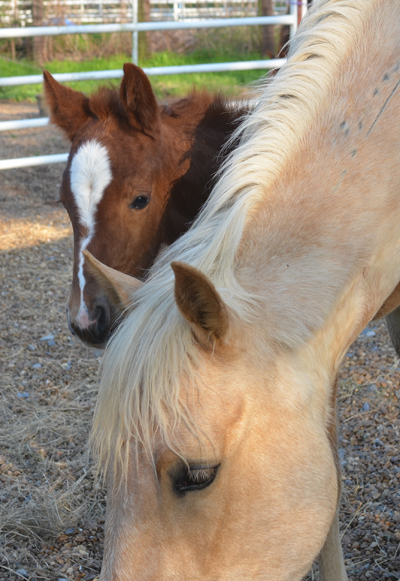 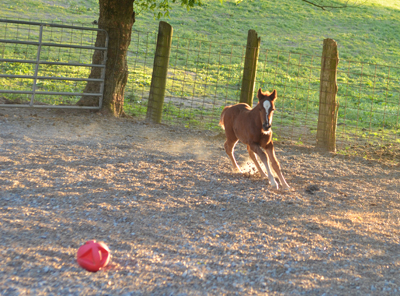 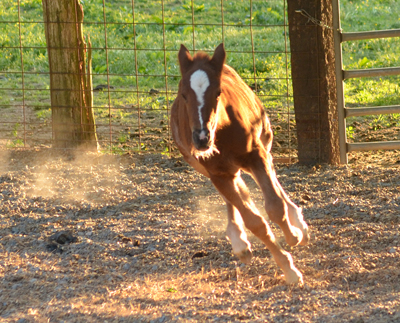 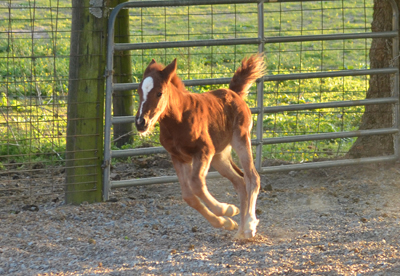 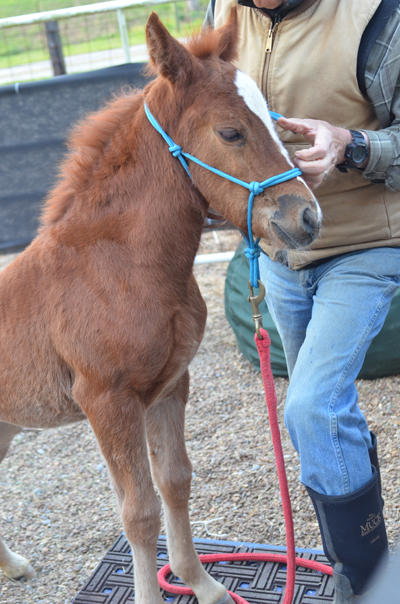 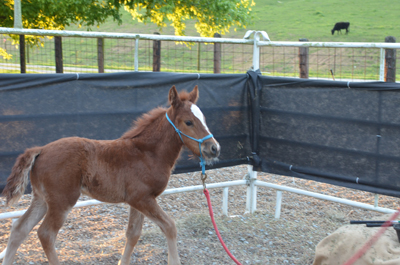 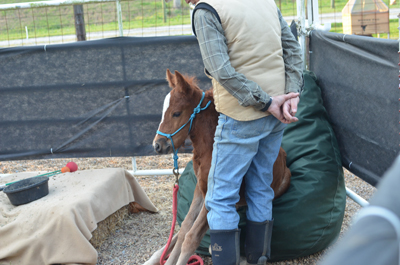 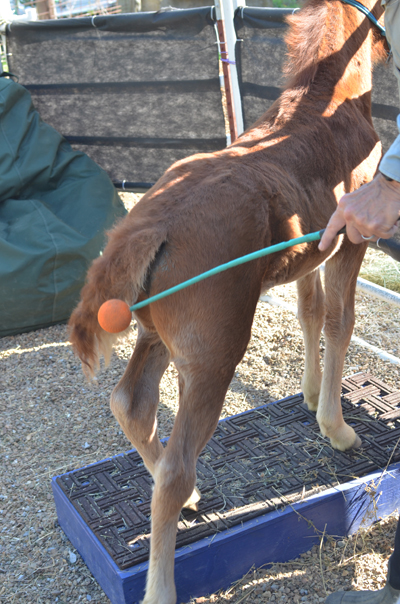 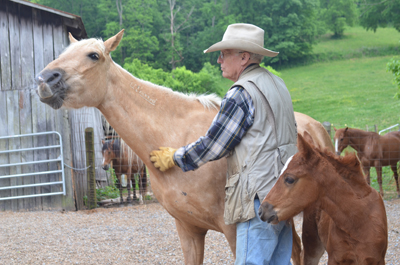 Below Stormy is almost 6 weeks old, Note how much she has already grown. This was the last time I dared asking her to lie in my lap :). 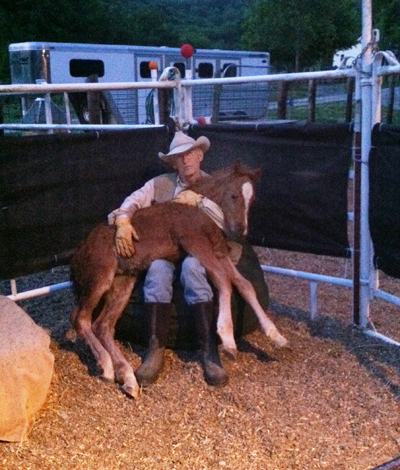 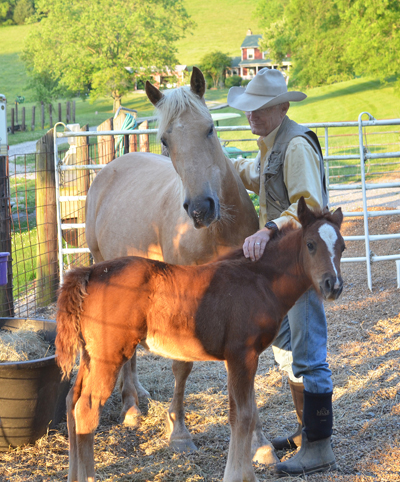 Two  Mustangs, one fresh from the wild, one sired in the wild.
An amazing pair. 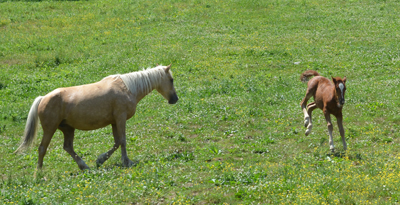 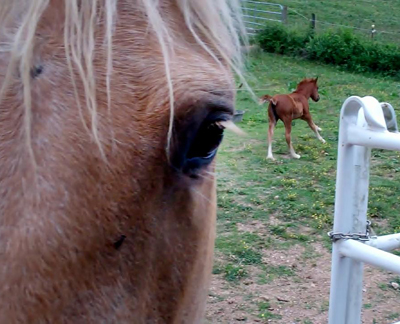 VIDEO: Saffy and Stormy – first time in a new paddock.
Click the photo above
8 weeks 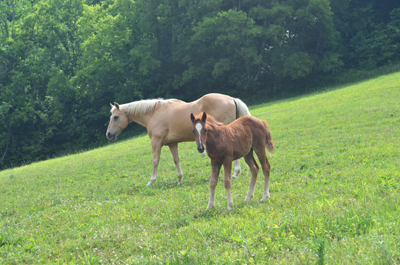 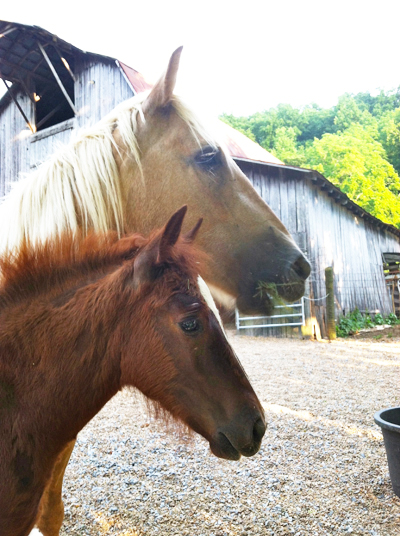 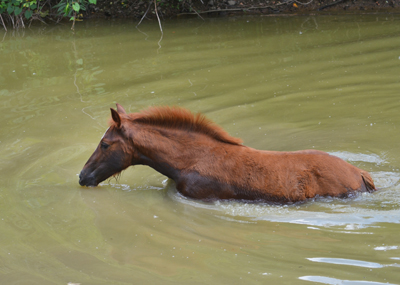 Having a swim at 12 weeks old 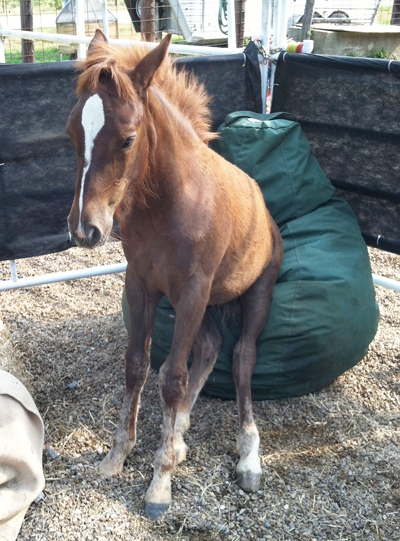 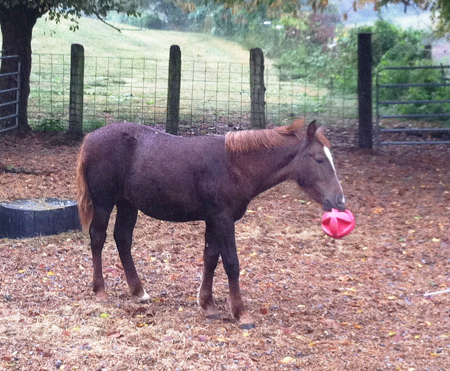 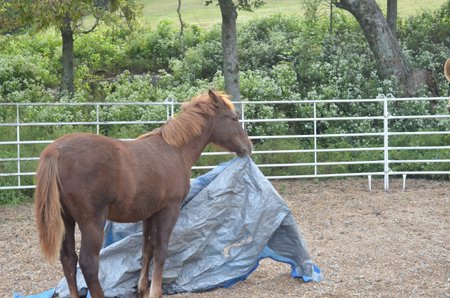 And desensitizes herself – 7 months 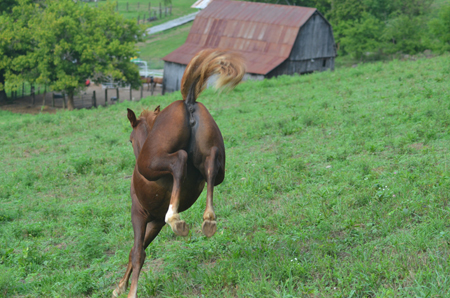 And kicks up her heels 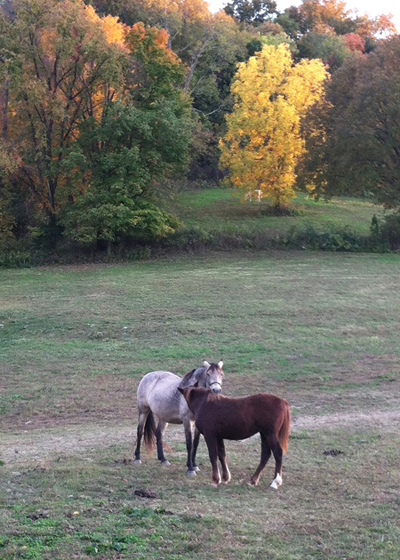 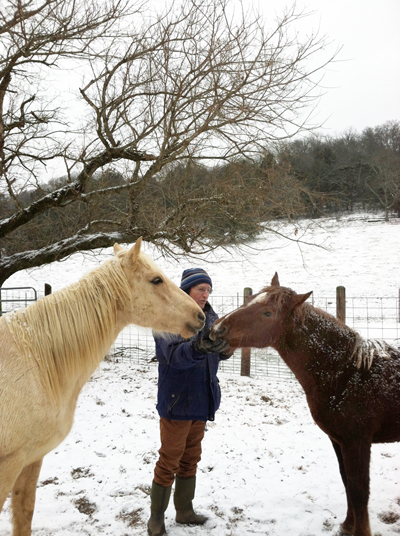 Her first snow – ten and a half months 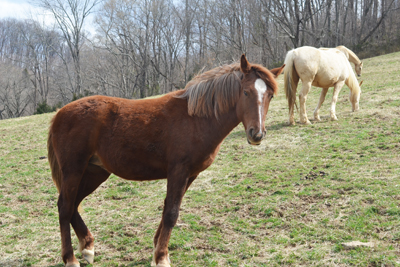