Last night was an emotional ride. Benji and I were invited to speak at The Animal Rescue League of Iowa’s annual fund raiser: The Mane Event. At the end of the presentation I attempted to demonstrate to the supporters of the ARL how important they are to the League’s work of saving animals; how their support is actually making a difference. Not only saving but changing lives… of people (mine and Kathleen’s) as well as animals. Our Mouse was the subject. 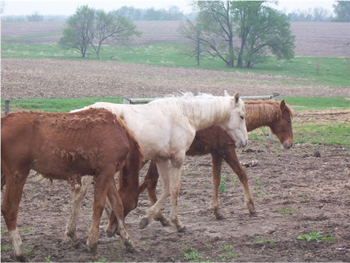 Mouse on the far outside

Two years ago, nine-month-old Mouse was among 14 horses rescued by the ARL from just horrendous, deplorable conditions near Des Moines. Mouse was one of four chosen to make a trip to Monty Robert’s farm in Solvang, California to receive a bit of behavior modification so they would all be more adoptable. 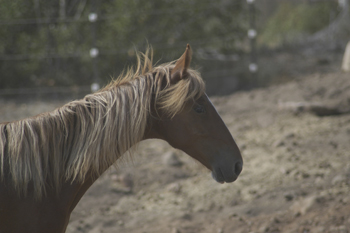 Mouse was barely nine months old, skin and bones, with awful feet, matted mane and tail, vacant eyes… and she was terrified of humans. 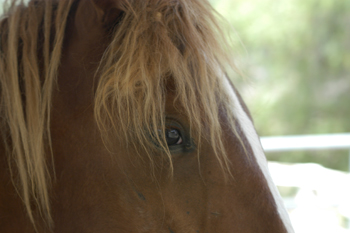 Two days after Mouse’s arrival my step-son Dylan and I arrived with two of our horses to monitor a week-long seminar with Monty. On the second day Monty took Mouse into a small – but very tall – corral and in thirty minutes was using her as a podium. 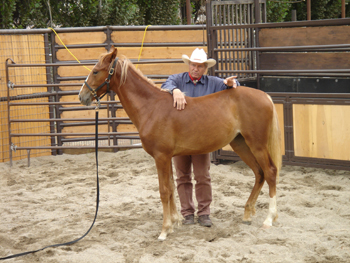 And I was in love. I snapped a cell-phone photo and sent it off to Kathleen.

“We don’t need another horse!” she responded. The tone was emphatic, finality dripping from every word.

“But, Sweetie…” I sniveled into the phone, “this one’s had so many problems. She needs us.”

“We already have six horses.”

There was a long moment of silence.

“Wipe that smile off your face,” she said.

Kathleen knows me too well. I zoomed in on Mouse’s feet and snapped another picture and sent it quickly. She said  it’s the last time I will ever leave home with only two horses in a three-horse trailer. And I was off to call Carol Griglione at the ARL. 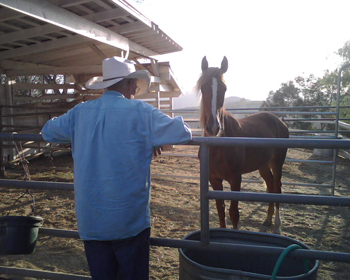 And come home with us she did.

I told all this to the supporters of The Animal Rescue League last night… and then showed them the video linked below:  Mouse – two years later – all made possible by their support. The ovation was overwhelming. “You are part of a love story involving many,” I said. “Without you, the supporters of the ARL, this would’ve never happened to Mouse… or to me and Kathleen… or to the hundreds and hundreds of other animals rescued and adopted out by the amazing folks at the Animal Rescue League. I thank you so very much.” 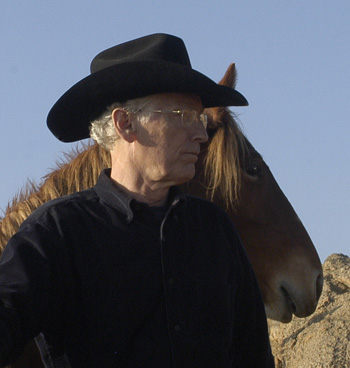 It was a splendid evening indeed. Many thanks Carol, Dan, Tom, Julie and everyone in Des Moines.