The Real Secret to Relationship with your Horse 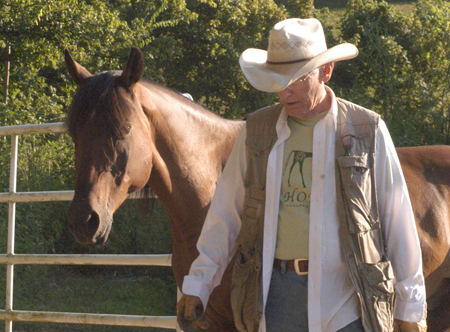 Steven Covey has his seven habits of highly effective people. Andy Andrews has seven decisions. There are twelve keys to success. Thirty secrets. Eight principles. Five things you must know. Eight ways to the top. Six lessons in life.

But I believe my dad had it right. There’s really only one thing you need to be successful in whatever you’re trying to do. And that one thing drives all the others. I remember the conversation as if it were yesterday. We were driving home from my part-time job at Bob’s Camera Store and I had been thinking a lot about the future. How was a sixteen-year-old supposed to know what to do with his life; which way to point? There were so many things to consider, and college was barely a year away. As we rounded the corner from Highland onto Southern I turned to my dad.

“How am I supposed to go about choosing a career? Where do I start?” His response was profound, and not of the times, and for some reason that surprised me. END_OF_DOCUMENT_TOKEN_TO_BE_REPLACED