Our Baby Girl. Watch the Video. Read Her Story.

Time has flown by at the speed of light. It doesn’t seem possible that it’s been four years since Miss Saffron stepped off the trailer, an as yet unhandled mustang from the wild who had never willingly touched or been touched by any human. And she was very pregnant. We were told by the BLM that she would probably deliver in May. That was March 17th. Three days later Miss Firestorm was born. A solstice baby. 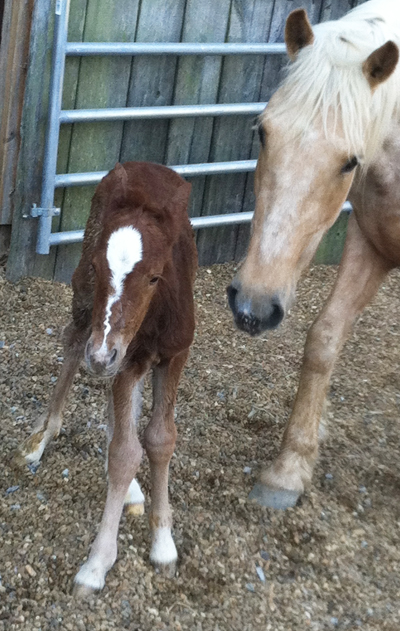 Barely an hour after she was born.

I worried about that look in mama’s eye. I had seen it before with Noelle, our first pregnant mustang. END_OF_DOCUMENT_TOKEN_TO_BE_REPLACED