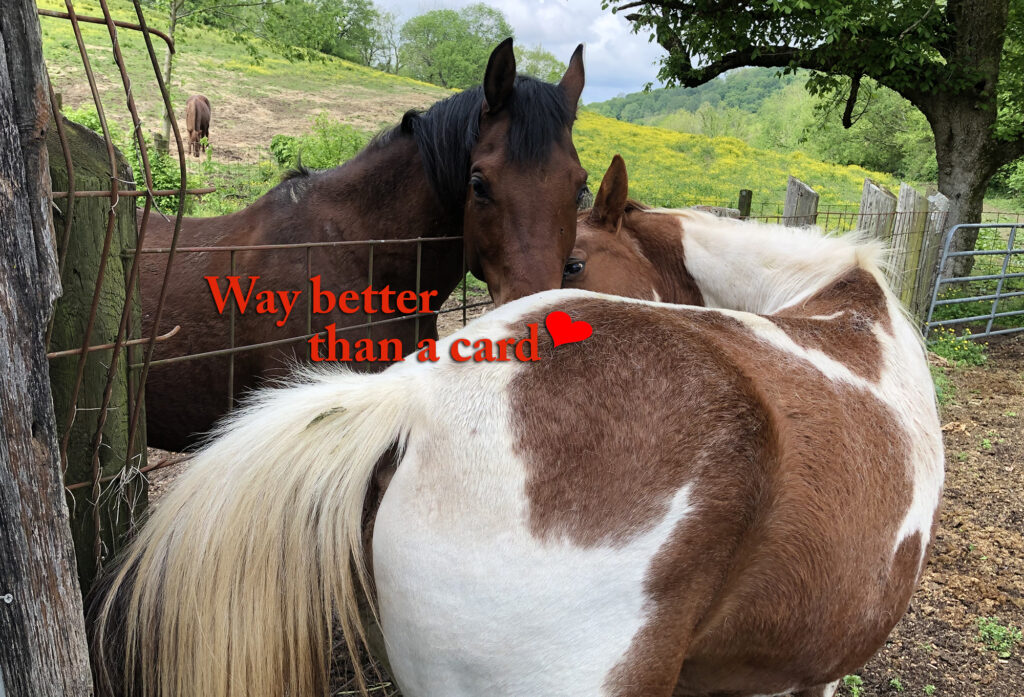 “One of the best books I have ever read in my life!”

“One of the best books I have ever read in my life!
Totally changed everything I thought I knew about horses!
Everyone should read this!” – Jennifer Jeffreys Martin 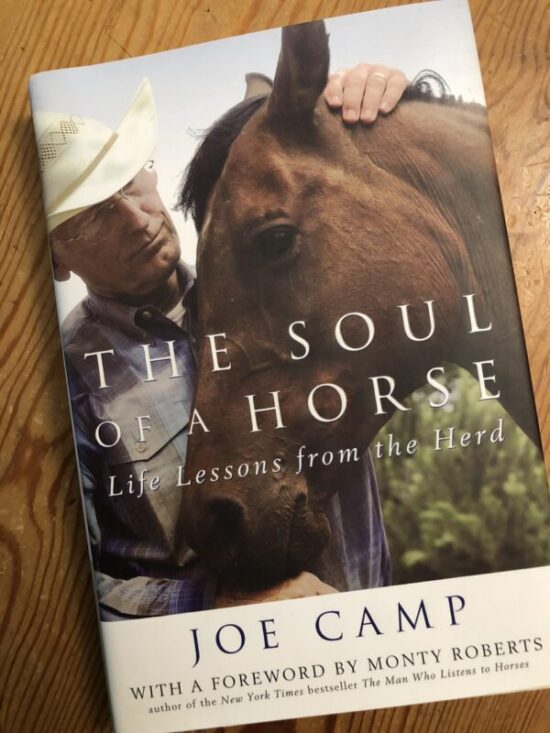 The single most important thing you can do for your horse and your relationship with your horse is to gain his trust. To have him say I trust you. Completely. Implicitly.

And the only way to accomplish that is for your horse to be at liberty. To not be trapped by a halter and lead rope. To be able to leave or stay according to his choice, not yours.

I liken it to my relationship with God. He gave me free will, to go and do, or stay and trust him. If he had a halter and lead rope on me I’d be a prisoner wouldn’t I?

Kathleen and I are with our horses at least twice a day and each of those visits and all of our training are completely at liberty. Our eight never feel trapped by a halter and a lead rope. They are free to go and do, or stay, as they please. Therefore when they choose to stay, when they choose to trust, it is their choice, not ours. And that’s when everything changes for the better. END_OF_DOCUMENT_TOKEN_TO_BE_REPLACED

Be the first to tell me exactly where the following passage appears on thesoulofahorse.com and win a personally inscribed copy of any one of these books absolutely free! 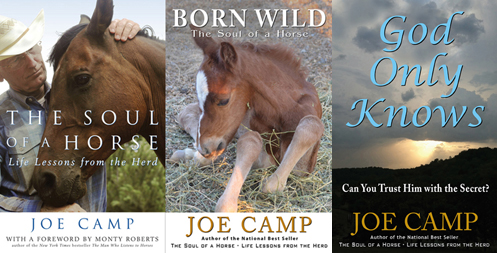 When I gave my Cash the choice of choice and he chose me, he left me with no alternative. No longer could it be what I wanted, but rather what he needed. What fifty-two million years of genetics demanded for his long, healthy, and happy life.

Email Your Answer to
Joe@benji.com

So Sorry! Less than an hour after the contest started Karen Dorbuck not only found the passage on the website (on the home page in the Mission Statement) but found the original in the (Soul) book on page 217. Congratulations Karen, you get two books!!

For the Love of Benji

Benji Off the Leash 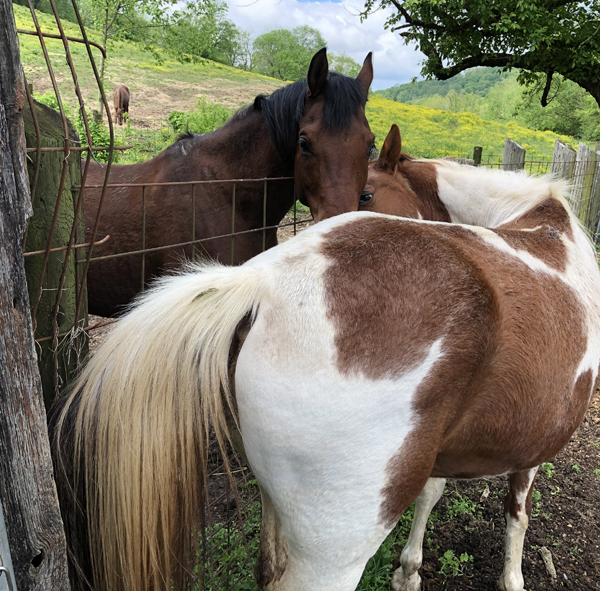 I have Never Seen Two Horses Act Like This!

I’ve seen horses groom each other, play together on occasions, hang out from time to time. But never anything like this. Wherever they go it’s virtually always together. There are eight horses in our herd but lately it has seemed more like six plus two. Poppy entered the herd as #3 in the pecking order. Zeke has always been on the bottom. But the first time they were together Zeke chased Poppy at light speed around the paddock with what appeared to be a vengeance. She was so petrified she was actually peeing as she raced circles around the paddock. I separated them. And now: 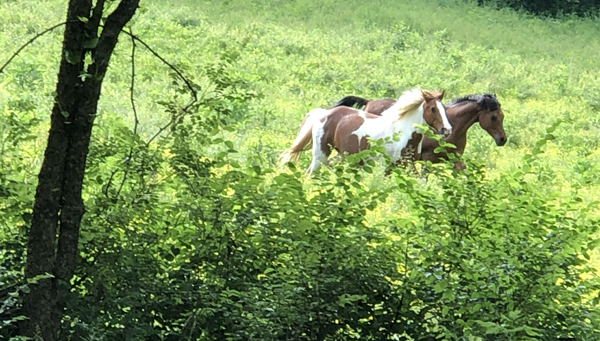 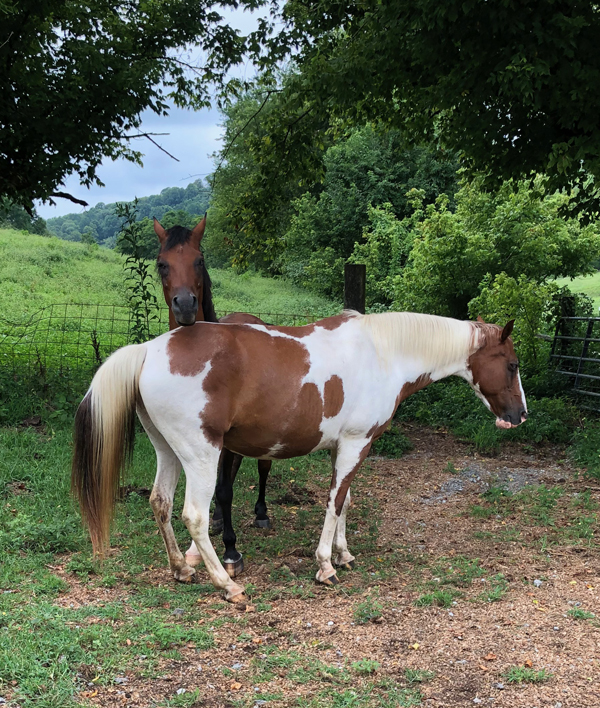 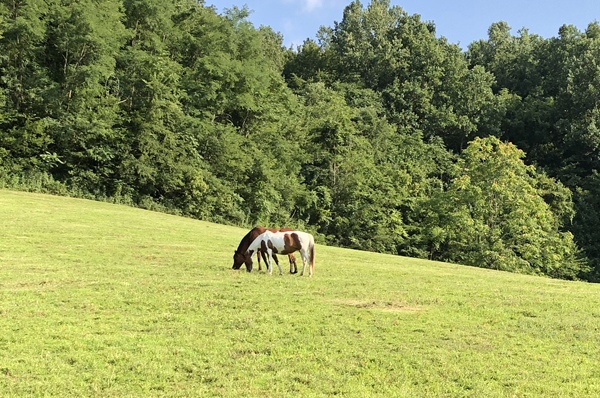 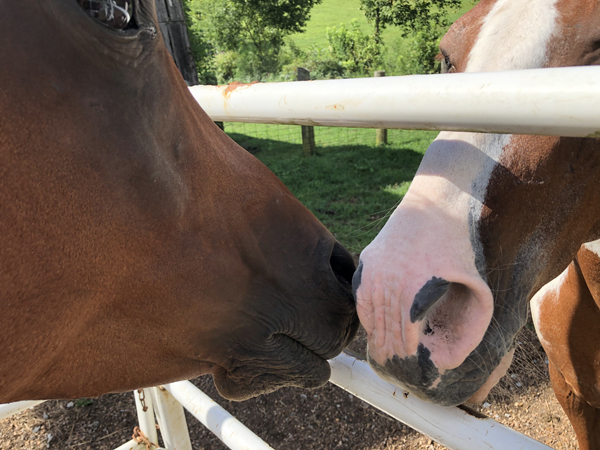 This is all quite amazing but it is also weirdly wonderful. I think they really care about each other. And that makes me smile. – Joe 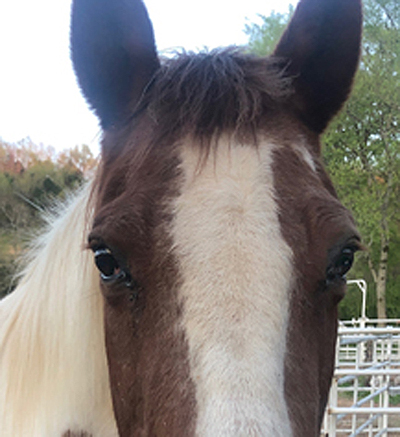 All locked up in a place I had never been before.

I have learned to keep things like this at arm’s length when I hear about them on social media, YouTube, and the like. But this came out of nowhere a few weeks ago and at this moment I couldn’t think. I couldn’t react. I was frozen in place. Was I going tharn I wondered? Like the rabbits in Watership Down? The word had become a part of my vocabu­lary before I had even finished the book. It was a good word that filled a definite void in the English language. Tharn: that icy steel clutch of fright that could so thor­oughly paralyze a rabbit that he would be unable to act, or react, easy prey for an enemy. Humans need a word like that. For some, going tharn was an every day answer to life. And now I was wondering if it was happening to me. In the old days, the question would’ve never come up.

I was also right.

Or so it seemed on this particularly beautiful sunny day. For there, not 20 feet away from me was a beautiful paint mare.

Who was about to lose her life. END_OF_DOCUMENT_TOKEN_TO_BE_REPLACED